Growing up to four inches long as a mature adult, the brown bark scorpion, also called the slender brown scorpion, is one of the largest species found in Texas. Besides their larger size, you can usually recognize brown bark scorpions by their tan coloring and the yellow dashes that run across their backs.

Whether it’s the first time or the hundredth time you’re encountering a scorpion, dealing with these venomous pests is never fun. Here’s what Austin homeowners should know about whether scorpion stings are dangerous, how to prevent them on your property, and what to do if you’re constantly dealing with brown bark scorpions near your home. 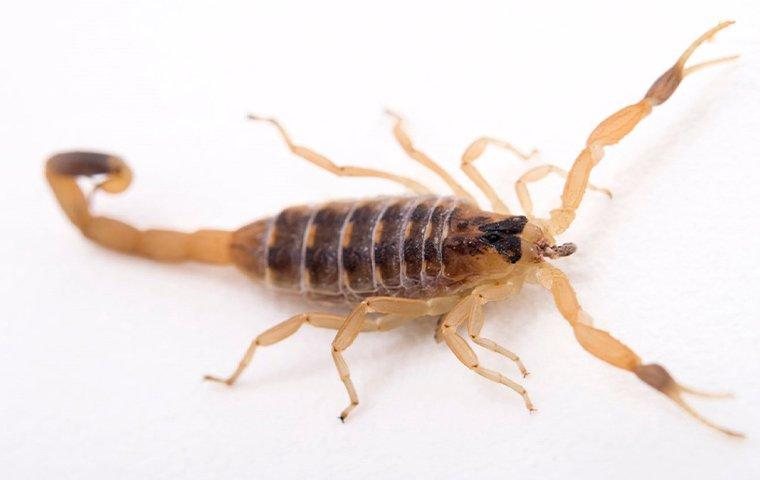 Are Scorpions Dangerous In Austin?

If you’re stung by a scorpion, chances are that you’re definitely going to know it. While most scorpion stings aren’t life-threatening, that doesn’t mean they are painless – especially when it comes from a species like the venomous brown bark scorpion.

Many people liken a scorpion sting to a bee or wasp sting. You may experience up to thirty minutes of burning or sharp pain, and there can be redness or swelling left behind after the sting. Even if most scorpion stings aren’t dangerous to your health, you should still seek medical attention if you think you’ve been stung. Some species, like the Arizona bark scorpion, can put your health at risk. There’s also always the risk of an allergic reaction - especially if you’ve never been stung before.

How To Prevent Scorpions In Austin

It’s a common misconception that scorpions only live in desert areas. Although some scorpion species may live in deserts, they’re not as fond of the heat as you might think. During the day, scorpions prefer to hide under rocks, leaf piles, or other yard debris that they may find on your property. It’s especially common to find bark scorpions under garden furniture since they like to hang upside down.

Nobody wants to deal with scorpions – or risk their painful stings – around their Austin property. Fortunately, there are some ways to prevent scorpions from coming around, such as:

How To Deal With Scorpions In Austin

If you find a scorpion on your property, you’ll want to be careful about disposing of it – especially if you’re not sure of the species. And, if your Austin property seems to have a constant scorpion problem, you may need to enlist professional pest control from those of us at Bella Bugs.

We’ve been providing the Austin, TX area with eco-friendly, reliable pest solutions for years, and we can make your scorpion infestation vanish – permanently. If you’ve been spotting scorpions around your yard or in your house, there’s no reason to put yourself or your family at risk of a sting. Call us at Bella Bugs today for more advice or assistance about dealing with scorpions or safely disposing of them.

Get Started With Bella Bugs Today

Reach out to Bella Bugs today and get started with immediate service!